ONLY THE BEST FOR YOU

WHAT WE’RE TALKING ABOUT

Each week we will be writing about everything that tickles our fancy. We’re hugely inspired by Fashion and will keep you updated on our latest top rated in the world of sex toys and sexual innovation as well as share sexual health advice, products news and some saucy stories of our own.

Revelations that ‘oral sex can cause cancer’ by Hollywood actor Michael Douglas and that ‘Unsafe sex has caused an increase in STI’s in the young’ in the Metro rocked our worlds this week and perhaps our sex lives.

Whilst sex education at school was a long time ago for me and more of a clueless giggle-fest than what I would say educational, I’m pretty sure I took on broad the basics of contraception and STDS. However, I will still pretty shocked at Michael Douglas’s admission even though I consider myself a fairly body conscious and sexually aware individual. Papers have gone back and forwards claiming this is a myth but doctors have admitted that whilst smoking and drinking are key factors that oral sex can still put you at risk. So should we all be taking our sex lives a bit more seriously and more importantly our health?

We’ve taken a look at some interesting sex facts and myths we think you should know:

Wearing two condoms is better than one
MYTH – If you’re worried about the condom breaking go for Extra Safe condoms or ones that offer the best fit for your guy’s member.

You can get pregnant through oral sex
MYTH – Now this one you definitely should remember from school!

Women reach their sexual peak at 28 whereas men do at 18.
FACT – This can vary slightly in individuals but most women’s oestrogen levels surge in their mid to late twenties whilst men get a big dose of hormones in their late teens.

Women achieve orgasm more easily with a penis
MYTH – A previous study has suggested that women always or nearly reached orgasm whilst having ‘alone time’ with themselves! But don’t worry if you’re in a relationship as the same study reported that most women in relationships are happy with the frequency of their orgasms. 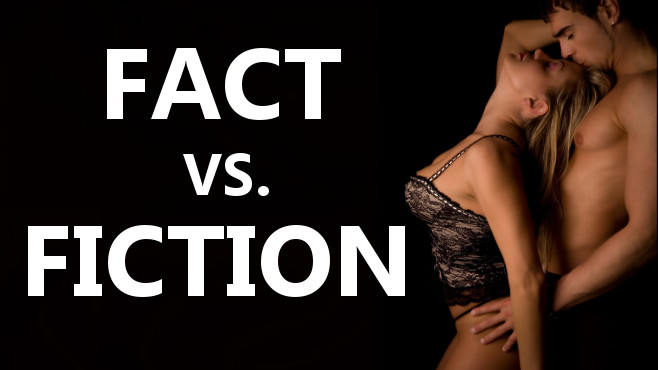 Drinking coffee can make a man’s sperm taste bitter
FACT – This is true, so you might want to tell your man to skip the coffee if you’re in for a night of oral play.

If you don’t have a condom you can use cling film or a crisp packet
MYTH – Don’t even think about it! We’re not even sure where this one came from but it definitely doesn’t work so don’t go there unless you want to end up in A&E.

If a man pulls out before he ejaculates you can’t get pregnant
MYTH – Men tend to leak sperm when they’re excited, so whilst you may think your safe if he pulls out before the big finale the chances are that he’s already left some of his team in there!